In “The Celebration” from 2001, Teljer revisits and develops characters and themes addressed in his earlier film “Miami” (1997). There we got to know two young men in a period of social flight from the status of losers at school to the status of social outsiders and losers as such. They hang out in a Gothenburg suburb wasting their time and life, patrolling the area in a cheap car on the lookout for a nihilistic substitute for meaning and purpose – or just people weaker than themselves, to terrorise and bully. In “The Celebration” we encounter three similar characters, outsiders living on state benefits with few prospects, trying to celebrate New Year’s Eve together in a rundown block of flats in suburbia. While at the welfare centre earlier that day, Anders ran into a bullied victim from his past days at school. 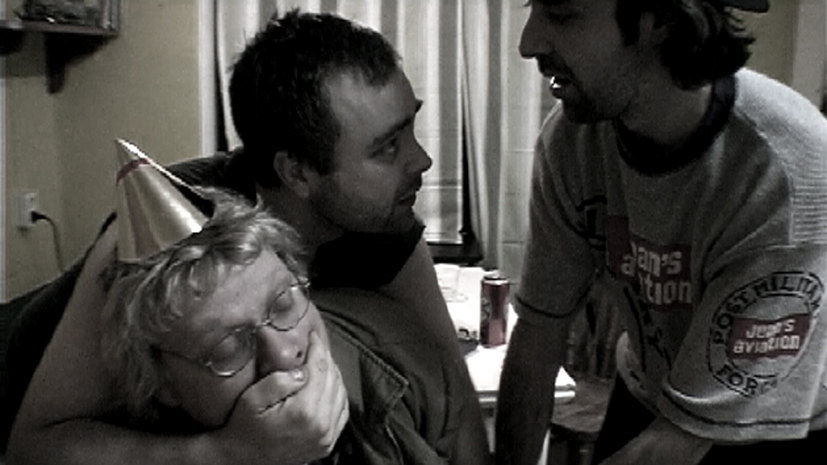